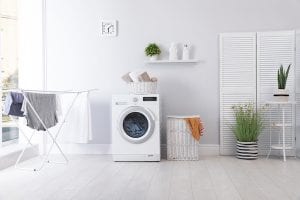 –  There are 12 teams in the NCAA’s Ohio Valley Conference . . . but none of them are from Ohio.  They’re from Illinois, Missouri, Kentucky, Tennessee, and Mississippi.

–  After Janet Leigh watched herself in the famous shower scene in “Psycho”, she never took another shower . . . she only took baths for the rest of her life.

–  Astronauts in space can’t do laundry, so dirty clothes from the International Space Station get sent out into space to burn up in Earth’s atmosphere.

–  NASA has offices in a lab in a building in New York City . . . right above Tom’s Restaurant, which you’d recognize as the diner from “Seinfeld”.

–  Describe your job . . . but as a crime.  Some examples are “I force children to stay in a small room to do paperwork without paying them,” which is a teacher . . . and “I’m a drug dealer,” which is a worker at a nutrition supplement store.  (Full Story)

–  A mattress review website is looking to hire five couples to have sex on a bunch of different mattresses . . . and then review how it went.  The couples will get $3,000 each and a free mattress.  (Full Story)

–  A family in Phoenix punished their 14-year-old for taking their car out for a joyride by moving all his stuff outside . . . and giving it all away.  And the kid says he learned his lesson, quote, “I think it’s a fair punishment.”  (Full Story)

–  Kraft is trying to make mac-and-cheese a BREAKFAST food by giving out special boxes that say, “Macaroni & Cheese Breakfast” instead of “Macaroni & Cheese Dinner.”  A survey found 56% of parents are letting kids eat it for breakfast more often right now.  (Full Story)

–  Mr. Magoo alert!  A study found most people over 70 think their vision is fine.  But researchers found 62% would see better with glasses or need to update their prescription.  (Full Story)

–  A woman in Pennsylvania caught a stranger in her house on Saturday . . . and as she forced him out, he asked if he could at least keep her fedora.  She said no, and he was arrested for felony burglary and trespassing.  (Full Story) 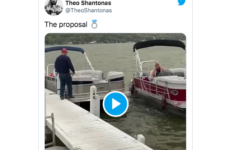 You Should Watch This Marriage Proposal Fail . . . On a Boat→ 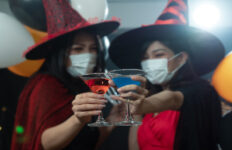 Will You Wear a Face Mask Under a Halloween Mask This Year?→ 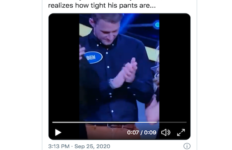 A Contestant on “Family Feud” Realizes His Pants Are Too Tight→ 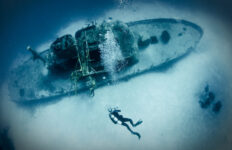