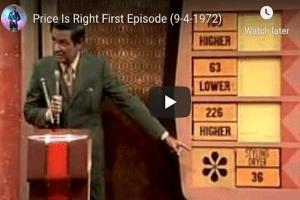 Here are some fun facts to help get you through the day and look like the most informed person at the water cooler – also, scroll down for some of today’s strangest news that will have you saying, “Did you hear about this one guy that (fill in the blank)?”

– Disney World in Florida is legally authorized to build and operate its own nuclear power plant.  The odds they actually do it are very low, though.

–  In the early 1900s, before alarm clocks were popular, people in England would hire people to knock on their windows with a pole to wake them up.

–  Even though “Strangers in the Night” was a giant hit for Frank Sinatra, he hated it and almost never played it live.

– A new study analyzed people’s tweets to figure out which states have been DRINKING the most during this period of staying at home.  The top five are:  Texas . . . California . . . New Mexico . . . Hawaii . . . and Arizona.  (Full Story)

–  What would you be willing to give up if you could have a place that was perfectly clean without you having to clean it?  According to a new survey, 39% of people would give up Netflix for a year . . . 19% would give up their smartphone forever . . . and 12% would spend a month in jail.  (Full Story)

–  Pillsbury just announced that ALL of their cookie dough will be safe to eat by the end of the summer.  They’re using a new process with heat-treated flour and pasteurized eggs to eliminate the risk of salmonella.  (Full Story)

– A guy who tried to break into a house in Utah ran from the cops on Monday . . . and got away by hiding in a dumpster.  But he was caught when a garbage truck emptied the dumpster . . . and the driver heard him pounding in the back of the truck.  (Full Story)

–  A guy in West Virginia tried to flee from the cops on Tuesday by floating on a LOG down the Ohio River.  The cops wound up catching him about three miles away.  (Full Story) 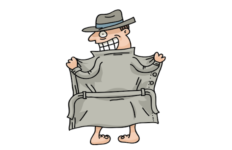 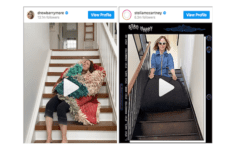 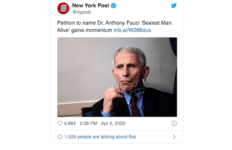