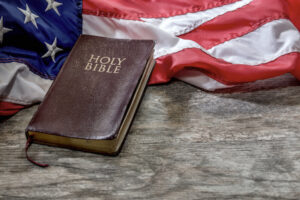 INDIANAPOLIS – White, evangelical Christians have been a major part of President Donald Trump’s political base, but recent polling indicates conflicts between his actions and Christian teachings may be eroding that support.

Evangelical backing for Trump is largely grounded in his promises to ban abortion and ensure religious freedom.

But his own behavior often runs counter to what many consider to be core Christian values — from extramarital affairs and dishonesty, and policies that negatively affect immigrants, the poor and the environment.

Ron Sider, the founder of Evangelicals for Social Action, points out that the National Association of Evangelicals says civic engagement must have a “biblically balanced agenda.”

“That large evangelical network is saying you have to be concerned with all of those issues,” he stresses. “And, of course, we also have to look at the character of the candidates.”

Recent polls by the Public Religion Research Institute (PRRI) and Pew Research Center have found decreases in support for Trump among white evangelicals since March.

Sider notes there also has been a decrease in the number of Americans who identify themselves as evangelical, especially among young people.

“There’s no doubt but that large numbers of young evangelicals are abandoning the evangelical church in droves, some of them even abandoning Christianity,” he states.

Robert Jones, who heads PRRI, says the share of the American population that is white and evangelical has fallen by two percentage points, to 15%, since 2016.

Sider contends evangelicals need to avoid letting one or two issues override all the other values that are at the heart of their faith.

“This brings spiritual danger — not only to the future of American democracy, but even more to societal respect for Christianity, and even the person white evangelicals claim to worship and obey,” he points out.

Sider says the message in his recent book of essays by 30 evangelicals, entitled “The Spiritual Danger of Donald Trump,” isn’t to tell people how they should vote, but that they should apply a full range of biblical principles to this and every election. 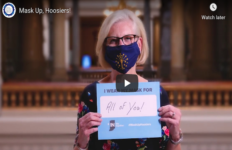 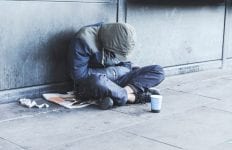 Multiple reports of sickness due to tainted salad→