INDIANAPOLIS, Ind. (ADAMS) – We’ve all heard about it before; the Move Over Law. In 1999, Indiana was the first State in the nation to pass such a law requiring motorists to move to an adjacent traffic lane, or reduce speed by 10 mph below the posted speed limit if unable to change lanes safely when driving by a stationary police, fire or ambulance emergency vehicle stopped along the side of the road. Over the years Indiana’s law has expanded to include stationary recovery, utility service, solid waste haulers, road, street highway maintenance vehicles, as well as a stationary survey or construction vehicles when displaying alternately flashing amber lights.

Indiana’s law was originally crafted and passed the result of the death of ISP Tpr. Andrew Winzenread who was killed in April of 1997 while assisting a stranded motorist on I-74 in Dearborn County. Now, in 2019, every state, with the exception of Hawaii has some form of a move-over-law.

But we all know laws are only effective when followed. In Indiana, police say we still have too many emergency vehicles being struck by inattentive or distracted motorists. And in neighboring Illinois, three state troopers have been struck and killed since the beginning of 2019.

As part of a joint ‘Move Over Law’ traffic enforcement project, Indiana will be working with our ‘Six State Trooper’ law enforcement partners in Kentucky, Michigan, Ohio, Pennsylvania and West Virginia during the week of April 14th through the 20th.

During this time motorists can expect to see additional patrols looking for distracted driving violations which often lead to motorists failing to move over when they approach an emergency vehicle stopped roadside or at a crash scene. Some violations associated with Driving While Distracted include speeding, following too close, drifting from lane to lane and failing to signal turns or lane changes.

It is not the goal of the Indiana State Police to simply write tickets. Police say they encourage and desire voluntary compliance with traffic laws to ensure the safety of the public as well as the safety of public safety professionals. Historical enforcement of the move over law revealed about 50% of persons stopped for this violation receive a written warning, but citations are issued for particularly egregious violations of the law.

To learn more about Move Over Laws in other States, click here 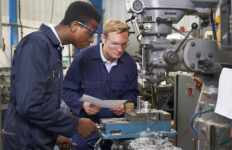 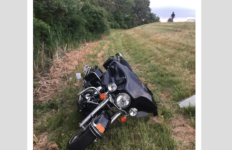 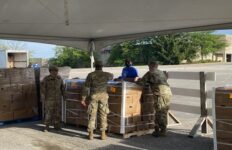