JACKSON CO., Ind. (ADAMS) – State police say that at approximately 4:30 a.m. on Monday, officers responded to a single vehicle crash where a semi ran off the road and overturned on I-65 northbound in Jackson County. The driver of the semi was arrested for operating while intoxicated. The northbound lanes of I-65 remained closed for approximately eight hours for crash investigation and cleanup.

The initial investigation by Trooper James Herbert indicated a 2009 Volvo semi pulling an enclosed trailer being driven by James M. Murphy, age 56, was traveling northbound on I-65 near the 51.5 mile marker, just north of Seymour, in Jackson County. The vehicle left the east side of the roadway before striking a guardrail and overturning off the east side of I-65.

During the initial investigation, Trp. Herbert observed that Murphy had been drinking alcohol and he showed signs of being intoxicated. A roadside preliminary breath test indicated Murphy had a .26% BAC.

He was transported to Schneck Medical Center in Seymour, Indiana where a search warrant was served to obtain a blood sample from him. The toxicology results are pending at this time.

Murphy was arrested and transported to the Jackson County Jail on charges of Operating While Intoxicated and Operating with a BAC .15% or greater. He was also cited for Open Container Violation and Disregarding a Traffic Control Device. Murphy will soon receive an initial court appearance in the Jackson County Superior Court.

Neither Murphy nor an adult female passenger in the vehicle were injured in the crash.

The investigation is ongoing.

All I-65 Northbound traffic was diverted onto US 50 and then to US 31 north from Seymour during the interstate closure. 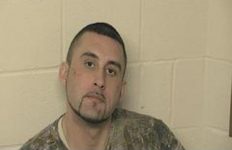 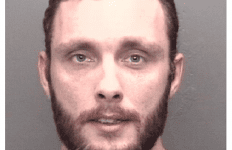 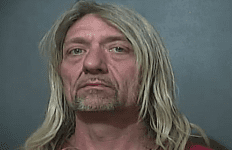