LAFAYETTE, Ind. (ADAMS) – Deputies in Lafayette are looking for a kidnapping suspect who they say should be considered armed and dangerous.

The Tippecanoe County Sheriff says they’re looking for Paul Etter after he held a woman for several hours on Saturday. Deputies say Etter picked the woman up after she had a flat tire, but refused to let her leave.

When he finally let her go, he took off as well. The sheriff says Etter is armed and should be considered dangerous.

By the end of it, I saw probably close to 20 police cars out there. Dayton police was also on scene, along with LPD K9s. I also saw them tow away the car the suspect tried to flee in. It was a dark colored SUV. Hear my full report on News 18 at 11. @WLFI https://t.co/F0FwLhJsMg 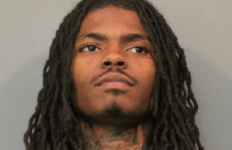 Clocked at 110 mph, driver and passenger charged after chase→ 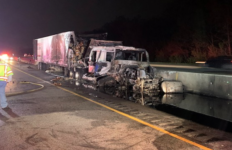