The DeKalb County Sheriff’s Department says it happened around 5:40 p.m..
Sheriff’s officials say Kenneth Keyerly, 72, was driving a Ford F-150 southbound on I-69 when he attempted to pass a semi. He began to move into the passing lane which was occupied by a Honda Civic driven by a 17-year-old from Angola.

The report indicates Heyerly did not initially see the Civic, but corrected back into his lane when he noticed the car passing.

The driver of the Civic attempted to move out of the way of the F-150 but lost control of her vehicle, moving slightly into the lane of the F-150 and causing both to spin.

Both vehicles went off the east side of the road, traveling into a ditch and rolling through a fence before coming to a rest on a easement road.

Both vehicles were totaled. 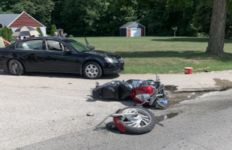 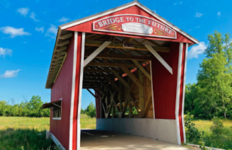