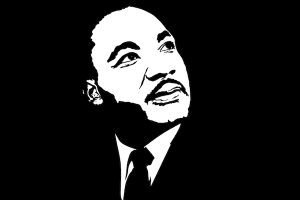 FORT WAYNE, Ind. (ADAMS) – The University of Saint Francis will devote a week of events to celebrate the late Dr. Martin Luther King Jr., beginning with its annual “A Day On, Not a Day Off” MLK Day of Service on Monday, Jan. 20.

Students, faculty, and staff will participate in projects on campus and around the local area as part of a Day of Service. Since there are no classes at USF on Jan. 20, it’s an excellent opportunity to pay tribute to Dr. King’s life by emulating his dedication to service and compassion for others.

Other activities during the week:

Critical Conversations: Love is Stronger Than Hate
Monday, Jan. 20, 7 p.m., in North Campus Auditorium, 2702 Spring St., across from main campus.
Chris Singleton, a former professional baseball player drafted by the Chicago Cubs, will share an inspirational message. His mother, Sharonda Coleman-Singleton, was murdered along with eight other victims at Mother Emanuel AME Church in Charleston, S.C., on June 17, 2015 by a white supremacist. Chris inspired his city and the nation by offering forgiveness to the murderer and stating, “Love is stronger than hate.”

Pizza & Politics: Evaluating Dr. King’s Dream
Wednesday, Jan. 22, 6 p.m., Cougar Den, USF campus, 2701 Spring St.
Dr. Cliff Buttram and Dr. Thomas Schneider will sit with members of the Fort Wayne MLK Club and discuss questions including: Has Dr. King’s dream materialized or was it simply a brief vision? How has American benefited from arguably its most impactful 10 years? Does America take this decade on internal strife for granted?

Faces of My People: Margaret Burroughs Art Exhibit Tour
Thursday, Jan. 23, 5 p.m., Fort Wayne Museum of Art, 311 E. Main St.
American artist Margaret Burroughs was an advocate for African-American representation in public history, literature and art when its presence was limited or non-existent. She was an educator, poet, community organizer and visual artist. Her work in visual arts took the form of painting, some sculpture and a large body of relief prints. This exhibit celebrates her contributions to Chicago’s cultural life.

Community Dinner, Mass and Creative Writing Contest
Sunday, Jan. 26, 5:30 p.m., Achatz Hall of Science and John and Toni Murray Research Center, Room 301, and St. Francis Chapel, USF campus
Join us for a community dinner and the announcement of our creative writing contest winners. Mass will follow in the Chapel.

For more information on MLK Day of Service or MLK week events, visit the USF site

New app could give cyclists the ‘green light’ in Fort Wayne→

TinCaps donate $10,000 to the Parkview Foundations→ 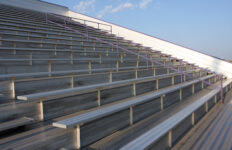