Our favorite entertainers and celebrities are busy these days.  Good thing they leave nothing back on social media.  Here’s what they’re up to today:

1.  Here’s CHRISTINA RICCI in a goofy wig at a fashion show.  She seems to have that same “I never age” condition as Winona Ryder.

2.  ELIZABETH BANKS and her friends all wore animal prints to celebrate her 45th birthday.

3.  HALSEY just got MARILYN MANSON’s face tattooed on her ribcage.

5.  I could swear I’ve seen JUSTIN wear this exact outfit.

6.  In case you didn’t know, PENELOPE CRUZ has a sister named Monica who looks just like her.

7.  The cast and crew of “The Big Bang Theory” likes to do “flash mobs” for the crowd before tapings.  Well, they did their LAST ONE last night.  They danced to the BACKSTREET BOYS’ “Larger Than Life”, and KALEY CUOCO posted severalvideos. 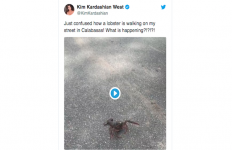 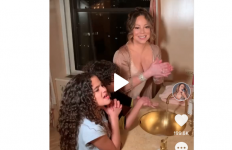 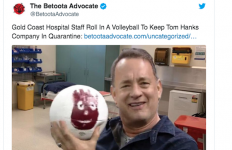 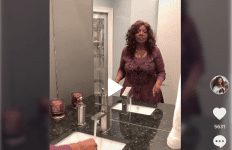