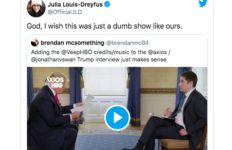 NBC News – The latest: Six people dead in the wake of Isaias→