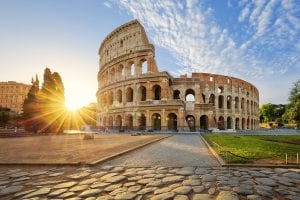 – The last time a third-party candidate got any electoral votes was 1968.  George Wallace ran on a platform promoting segregation, and won five states . . . Arkansas, Louisiana, Mississippi, Alabama, and Georgia.

–  There’s a city called Rome on every continent besides Antarctica.  There are a few in the United States.  There’s also one in Ecuador, Australia, Indonesia, Lesotho, and of course Italy.

–  “Bohemian Rhapsody” started the music video trend.  Queen made a promotional video for the song in 1975, and it was such a hit that record companies started making videos for all hit songs.

–  Only two countries have participated in every Summer Olympics since they started in 1896:  Greece and Australia.

–  Leap Day is tomorrow, which is Saturday.  But it throws off the entire calendar and still results in one extra WORKDAY this year.  So, should people on salary get a bonus?  59% of Americans in a new survey said yes.  (Full Story)

–  52% of Americans now say they might think about wearing those surgical-style face masks because of the coronavirus outbreak.  (Full Story)

–  Only around a quarter of people say they had sex in the past week, according to a new survey.  59% say they didn’t, and the other 15% didn’t want to say.  (Full Story)

–  There’s a discussion on Reddit right now where people are sharing the weird FOOD COMBOS that shouldn’t work . . . but taste really good.  Some of the most popular ones are:  Cheap red wine and Coke . . . dark chocolate and parmesan cheese . . . and a peanut butter sandwich dipped in tomato soup.  (Full Story)

–  A Cap’n Crunch PANCAKE MIX is in the works.  It’s a collaboration between Cap’n Crunch and Aunt Jemima, and you’ll be able to make buttermilk pancakes with little pieces of Crunch Berries in them.  It should hit stores sometime soon.  (Full Story)

–  Panera Bread just announced a new monthly subscription plan for COFFEE.  For $9 a month, you can roll into any Panera at any time and get a hot or iced coffee.  (Full Story)

–  Someone in California stole an SUV from outside a church on Wednesday night . . . and didn’t realize it was a HEARSE and it had a casket with a dead body in the back.  They wound up crashing in a high-speed chase with police and were arrested.  (Full Story)

–  A guy got THREE speeding tickets in less than an hour in Minnesota earlier this month.  He was pulled over by three different cops . . . and in one of the cases, he was going almost double the 60 mile-an-hour speed limit.  (Full Story)

–  Two guys at a dairy farm in Florida got into an argument on Wednesday . . . and one of them dumped a bucket of COW MANURE over the other one’s head.  He was arrested for felony battery.  (Full Story)

–  We’ve got an update on the puppy that can’t walk, that became best friends with a pigeon that can’t fly.  Photos of them went viral last week.  Now a group called Walkin’ Pets has donated a custom wheelchair for the puppy.  He’ll be able to start walking in a couple weeks, as soon as he grows into it.  (Full Story)

Lundy received his wheels!!! How adorable is he next to them? We can't wait for you to test them out soon! <3 "He may…

Posted by Walkin' Pets by HandicappedPets.com on Monday, February 24, 2020 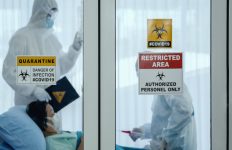 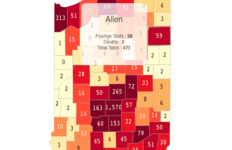 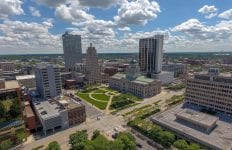