INDIANAPOLIS, Ind. (ADAMS) – All Indiana communities will get something from the state’s opioid settlement money.

The Indiana Attorney General’s Office said on Wednesday that even communities that are pressing ahead with their own opioid lawsuits will receive a piece of the state’s $507 million dollars from the nation’s opioid companies.

Thirty percent of that money will be ‘no strings attached’ cash, which can be spent on anything. The other 70 percent must be spent on ‘opioid abatement,’ which includes everything from treatment to drug task forces.

Half of the settlement money will go to the states, the other half will go to local governments.

Attorney General Todd Rokita has brought together every Indiana city, town, and county to participate in a historic $507 million settlement that will bring massive relief to Hoosiers struggling with the devastating effects of the opioid epidemic.

“Today marks a milestone victory in our battle against drug addiction,” Attorney General Rokita said. “This scourge has inflicted such unspeakable pain on so many Hoosiers. We are fighting daily for our families, friends and neighbors. By all of us working together, we can ensure a brighter day is coming.”

Achieving the participation of all 648 political subdivisions in Indiana — i.e., cities, towns and counties — required overcoming several obstacles. The most significant impediment came from outside attorneys who initially convinced several individual communities to pursue their own litigation rather than opt into the statewide settlement.
And later, once those same private attorneys conceded the best course was to join the statewide settlement, some of them insisted on building into the disbursement plan greater windfalls for themselves.

“Some lawyers seemed enticed by the prospect of big paydays,” Attorney General Rokita said. “We worked with our partners in local government to make sure the opportunity to serve the public good won out over private pecuniary interests.”

Indiana technically is party to two settlements — one with Johnson & Johnson, which manufactured and marketed opioids, and one with the nation’s three major pharmaceutical distributors (Cardinal Health, McKesson and AmerisourceBergen).

The overall arrangement is part of a $26 billion agreement settling allegations of 46 states and many units of local government against the four companies.

“No amount of money will ever compensate families for the loss of loved ones,” Attorney General Rokita said. “But a settlement of this magnitude helps prevent similar types of corporate irresponsibility from ever happening again.”

Attorney General Rokita and his team worked directly with elected members of the Indiana General Assembly and local government leaders to create a statutory structure that will efficiently distribute funding directly to local communities.

This past session, House Enrolled Act 1193 vastly improved upon a previous existing framework that featured too much state-level bureaucracy. Previously, the Indiana Family and Social Services Administration (FSSA) would have acted as a “middleman” distributing funds to local governments.

“Together, we have created an excellent disbursement plan for our opioid settlement,” Attorney General Rokita said. “From the very beginning, my own mission was to ensure that our local communities received the maximum funding possible — and that the individual communities also could decide exactly how to use the funds they received.”

The settlement framework continues to be a 50-50 split between the state and local governments.

‘Local government is closest to the people and most aware of community needs,” Attorney General Rokita said. “So that’s where the best decisions can be made regarding exactly how to spend these funds. Just as I did as Secretary of State and in Congress, I will continue to trust the wisdom of local leaders.”

City of Fort Wayne updates trash/recycling pickups for the week→ 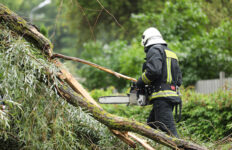 City and contractors to assist with residential cleanup→ 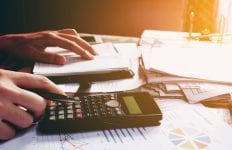 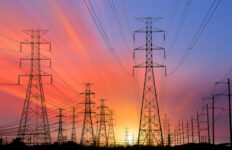