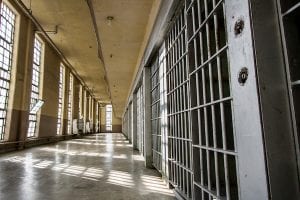 The class-action lawsuit was brought by Vincent Morris against the Sheriff of Allen County and the Board of Commissioners regarding conditions at the Allen County Jail.

That ruling, from U.S. District Court Judge Damon R. Leichty, ordered immediate changes to the jail due to the “irreparable harm” done to inmates.

On Tuesday, the Allen County Board of Commissioners released a statement and new court filings.

In the short term, the filings say that the sheriff and commissioners will try to cap the jail’s population at 731 total inmates at any given time. The documents also say the Allen County Jail will no longer house federal inmates (see the letter to the U.S. Marshal Service below). 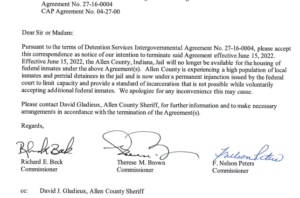 Additionally, in an agreement with LaGrange County, Allen County could put up to 50 inmates in the jail there, the court filing said.

The sheriff’s department is also looking to hire. They say they will take part in job fairs use social media, and advertise to hire workers at the jail, the filing said. They are looking for around 20 new employees (see document below).

The sheriff and commissioners also say that either construction of the existing jail or building a new facility will be needed to address the issues long-term.

Letter to the U.S. Marshal Service:

Federal Bureau of Prisons RRM Chicago 1901 Butterfield Road Suite 130 Downers Grove, IL 60515
Pursuant to the terms of Detention Services Intergovernmental Agreement No. 27-16-0004, please accept this correspondence as notice of our intention to terminate said Agreement effective June 15, 2022. Effective June 15, 2022, the Allen County, Indiana, Jail will no longer be available for the housing of federal inmates under the above Agreement(s). Allen County is experiencing a high population of local inmates and pretrial detainees in the jail and is now under a permanent injunction issued by the federal court to limit capacity and provide a standard of incarceration that is not possible while voluntarily accepting additional federal inmates. We apologize for any inconvenience this may cause.
Please contact David Gladieux, Allen County Sheriff, for further information and to make necessary arrangements in accordance with the termination of the Agreement(s).

The mission of the Allen County Sheriff’s Department is to recruit, investigate, and hire highly motivated applicants for both Civilian Confinement Officer positions and Sworn Police Officer positions. We do so by utilizing the following resources:
Job Fairs
• High School (We have partnered with all three Allen County School Districts to allow us to attend their Career day events each year and are also in communication with all the School Resource Officer’s)

FORT WAYNE, Ind. (ADAMS) – Last week, a federal judge ruled that the Allen County jail was severely overcrowded. The class-action lawsuit was brought by Vincent Morris against the Sheriff of Allen County and the Board of Commissioners regarding conditions at the Allen County Jail.

On Tuesday, the Allen County Board of Commissioners released a statement after they said they reviewed the ruling.

That ruling, from U.S. District Court Judge Damon R. Leichty, ordered immediate changes to the jail due to the “irreparable harm” done to inmates.

Commissioners say they are now taking several steps to cut back the number of inmates in the jail at any given time.

We have had the opportunity to review and digest last week’s ruling by U.S. District Judge Damon Leichty as it relates to conditions at the Allen County Jail.

We are continuing to proactively address many of the issues set out in the order issued by Judge Leichty.

Some of those steps have included:
• Creation of a Community Corrections Residential Services program that has relieved the jail of between 100 and 150 inmates
• Sought out other counties which have agreed to take approximately 50 Allen County inmates
• Reduction of the number of federal prisoners housed in the Allen County Jail by around 30% and suspending the federal holds contract
• Successfully lobbied the Indiana General Assembly to pass legislation allowing judges to resume sentencing people convicted of low-level felonies into state prisons instead of county jails
• Commissioned Elevatus Architecture to conduct a space study on Allen County’s entire criminal justice system, including the jail
• Conducted a public hearing as a prerequisite to any consideration of constructing a new jail

We intend to continue a collaborative approach with other key criminal justice stakeholders as we work toward filing a plan with Judge Leichty that addresses the jail’s deficiencies. 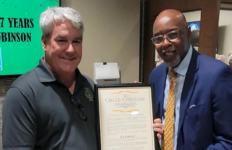 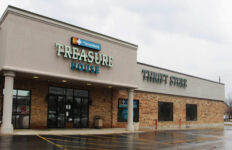 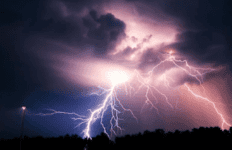 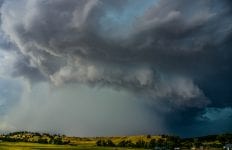