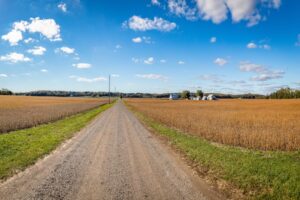 STEUBEN CO., Ind. (ADAMS) – As many as 100 farm animals and pets have been found in a Steuben County home in “unsuitable conditions.”

The Steuben County Sheriff’s Office was responding to a medical issue call in York Township early Tuesday morning when deputies found the animals, but not the 911 caller.

The homeowner is cooperating and surrendered the animals to authorities. The person who called 911 had been picked up by a friend and taken to a hospital in Michigan after making the call.

The following was released on Thursday:

On 11/01/2022 just after 4:00 am, Steuben County Sheriff’s deputies responded to the York Township residence in an attempt to locate an individual reportedly having a medical issue who had called 911 from a different location seeking immediate medical treatment.

Upon the arrival of initial responding deputies, a large number of animals were located inside the residence in what appeared to be unsuitable conditions.

It was also learned the 911 caller had been picked up by a friend and taken to a hospital in Michigan, which was the reason the caller was not located at the original location given. Due to the unsuitable condition of the animals, The Sheriff’s Office contacted the Steuben County Health Department and the Humane Shelter of Steuben County to assist in the investigation of the housing conditions and the conditions of the large number of animals that include domesticated pets and farm animals. Assistance was also provided by local veterinary volunteers.

The case remains under investigation and criminal charges may be sought through the Steuben County Prosecutor’s Office. The homeowner is cooperating with the investigation and voluntarily surrendered the animals involved. Anyone interested in contributing monetarily or helping in any way is asked to contact the Humane Shelter of Steuben County.