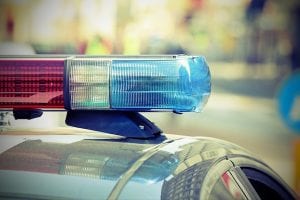 A teen who was shot in the head in July has died. The Allen County Coroner ruled the death of 16-year-old Lebrishia Hobbs as a homicide.

The suspect in her death, 16-year-old Elaysha Underwood, has been charged with murder and was taken into custody on Tuesday.

On August 23rd, 2022 at approximately 1800 hours, Elaysha Underwood was taken into custody by the Fort Wayne Police Department without incident in cooperation with her legal council and the Allen County Prosecutor’s Office for her outstanding murder warrant.

The Allen County Coroner’s Office reported the death of 16-year-old Lebrishia Hobbs Tuesday afternoon. She died sometime Monday and her death has been ruled a homicide.

Fort Wayne Police say the shooting happened off Picadilly Circle (close to Hanna and Lafayette) on July 6.
She was taken to a hospital in critical condition and later died from her injuries.

The suspect in her death, 16-year-old Elaysha Underwood, has been charged with murder.

Investigators in Fort Wayne say it was a break up gone wrong that left a young woman wounded in her backyard earlier this month.

Police say she shot her girlfriend in the head on July 5th after a break up and an argument. The girl survived.

Underwood, who has been in custody since the shooting, was transferred yesterday to the county jail to await her trial.

FORT WAYNE, Ind. (ADAMS) – There aren’t many answers about a shooting in Fort Wayne that sent one underage girl to the hospital and landed another in jail.

Fort Wayne Police say the shooting happened on the city’s south side yesterday morning off 512 Picadilly Circle (close to Hanna and Lafayette).

No one is saying what led up to the shooting. Police are also not identifying either the victim or the accused shooter, they are also not giving the girls’ ages.

On July 6th, 2022 at approximately 11 hours, the Fort Wayne Police Department responded to 512 Picadilly Circle regarding an unknown problem. Officers arrived on scene and located a female juvenile in the backyard with life threatening injuries.

The juvenile was transported to an area hospital and determined to be in critical condition with a gunshot wound. The FWPD Homicide Team was summoned to the scene, began investigating, and arrested a female juvenile at a separate location. She is now facing a charge of attempted murder.

Assisting in this investigation were FWPD Crime Scene units, Vice/Narcotics, Department of Child Services, and the Allen County Prosecutor’s Office.